Play Softball with the Tigers

Covid 19: Outdoor sport is scheduled to restart from 29th March and we will be back in action as soon as the restrictions are eased - if you want to join us get in touch now!

We are a co-ed slowpitch softball club playing in the Manchester Softball League. We play through the year, outside during the summer and indoors during the winter.

We are actively looking to recruit players. If you are interested in playing for us, or if you want to come along to a session and try the game then get in touch.

Softball is a great game to play because it is:

Softball is a bat and ball game that shares many of it's basic rules with baseball and is played and enjoyed by a millions of people across the world. If you have previously enjoyed playing rounders or cricket then you should enjoy playing softball but it is also a game where you can quickly begin to make a useful contribution, even if you have little previous experience of team sports.

Almost all British Softball is mixed slowpitch softball, played by two teams of ten players each, with 5 men and 5 women making up a team. The teams take it in turns to bat and field.

Each play within the game starts when a PITCHER pitches the ball to a BATTER. The batter hits the ball, then runs around as many bases as possible before the ball is retrieved and returned under control by the defensive team.

The aim of the game is to score more RUNS than the opposition and a run is scored when a player on the batting team advances around all the bases and back to where they started. Unless the batter hits the ball so far that they can run around all the bases before it's returned (a Home Run), they will have to stop at one or more bases on their way round, then wait for the next batter to hit the ball so they can advance further.

Players bat in a prearranged order (men and women bat must alternately). After the last batter in the order has hit, the first batter comes up again to bat. If you want to learn a bit more about the game click here to read on

If you want to try the game then get in touch. We have an experienced coach who can help you get started and lots of team kit available for new players. 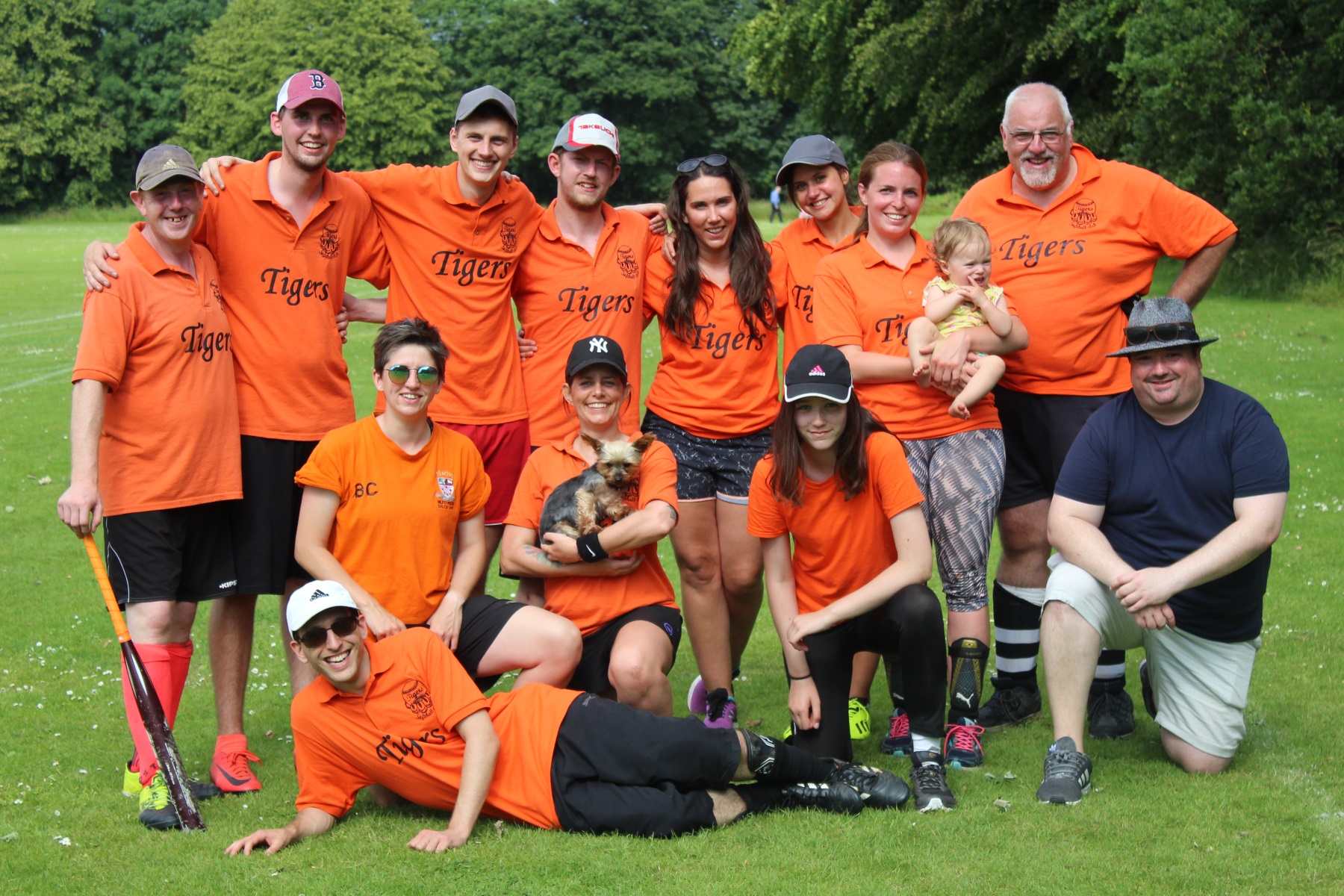