The basics of pitching are simple. The pitcher stands on the pitching plate and throws the ball underarm over the home plate which is 50' away. The pitcher must keep one foot on the pitching plate until he has released the ball. The ball must rise to at least 6' but no more than 12' in the air before falling to between the batters knee and shoulder as it crosses the plate. Before starting to pitch it's worth reading the pitching section of the rulebook. This basically consists of the definition of a strike plus a long list of the things that the pitcher is not allowed to do. 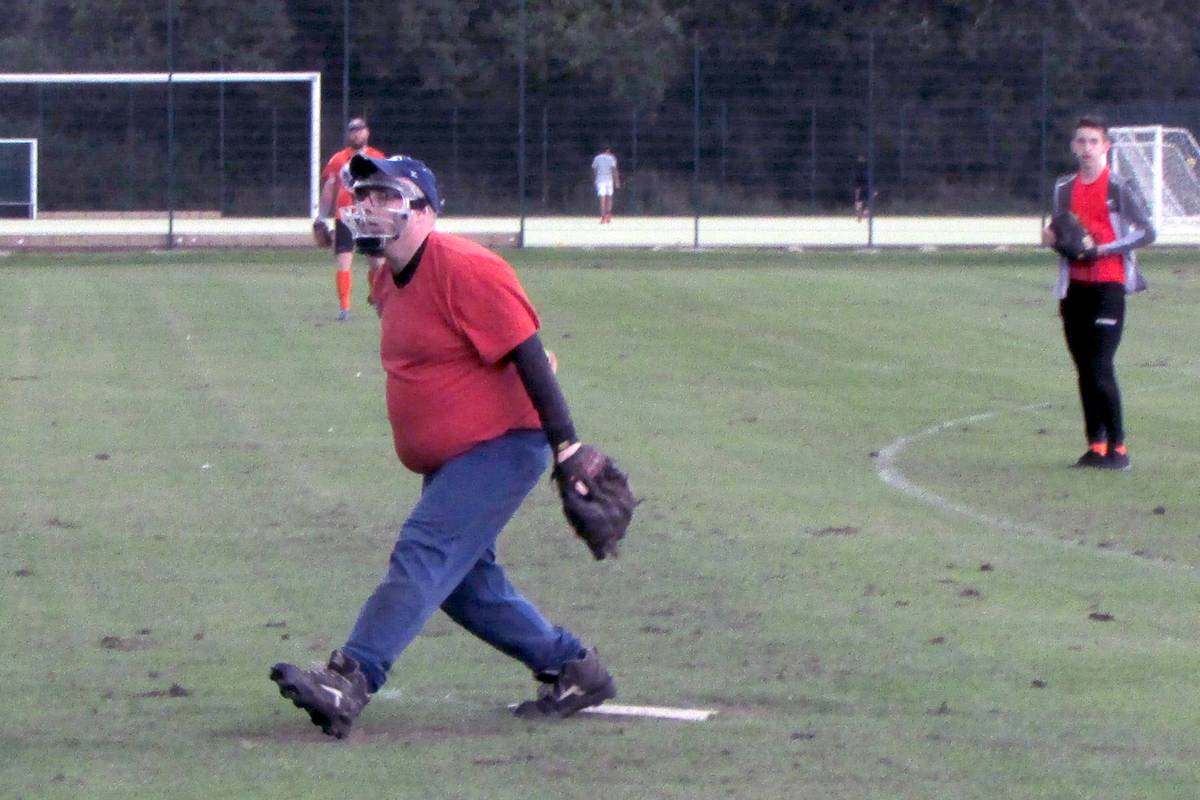 There are two basic pitching grips, one where the hand is over the ball, the other with the hand underneath, the trainee pitcher should try both to see which is most comfortable. For a pitcher to be effective they must be able to throw strikes consistently. This is mainly a matter of practicing. Fortunately it's easy to practice pitching alone so there's no excuse for not doing the necessary work. Working on this may be boring, but it's impossible to put too much emphasis on it - to be a good pitcher you have to be able to throw a strike whenever you really need to - until you can do that you are not good enough to pitch in a game. Variations and deception are great, but never lose sight of the real necessity, to be able to put all that to one side and just throw a strike.

Once the pitcher can throw a strike consistently he can start to get clever and experiment with different pitches. A slow pitch pitcher has to face up to the fact that the rules severely restrict what he can do but there are some variations worth experimenting with. The three big things the pitcher can vary are the height of the pitch, the depth and the horizontal placement (inside or outside). The pitcher doesn't want to get too clever though. Many weak betters come to the plate all too happy to take a walk if it's offered so don't pussy foot around with those players, stick it down the pipe and let them swing. Also don't just think about the batter when picking your pitches, think about the fielders too, if you have a strong short stop and left fielder but a weak second base and right fielder you may want to throw inside pitches that are harder to hit to right field. Always remember that strike outs are rare in slow pitch, 9 times out of 10 the batter will hit the ball but if you can force them to hit a pitch they don't like, or to the fielder you wanted them to hit it to, then you have done your job. 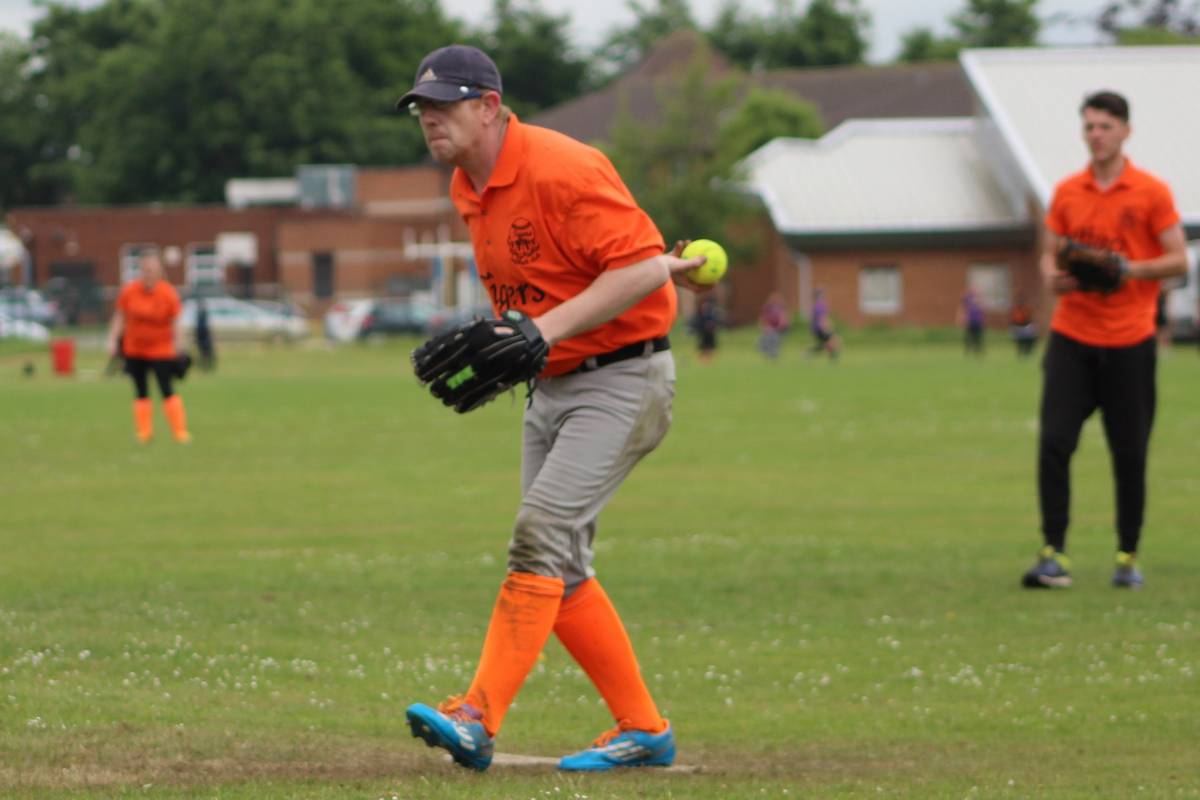 The more often a pitcher faces a batter the more you learn about their weaknesses but often you can learn a lot just by watching how they set up in the box. Be aware though that this isn't always as simple as it may seem at first, some batters who crowd the plate just can't hit an inside pitch but others crowd the plate precisely because they like an inside pitch and for them you are better pitching away. Equally it's tempting always to go outside to betters who stand far from the plate but they may be doing this because they want room to extend their arms so coming inside may be the way to go.

Again some batters never swing at the first pitch so for them stick it straight down the middle. Some never swing at a bad pitch whereas others will go for anything within 3' of the plate. Others just can't resist swinging at inside pitches that are coming straight at them. Learning about particular betters is mainly experience but even if you are playing against a team you have never faced before each time you face a batter you should learn more about them.