Base coaching and base running 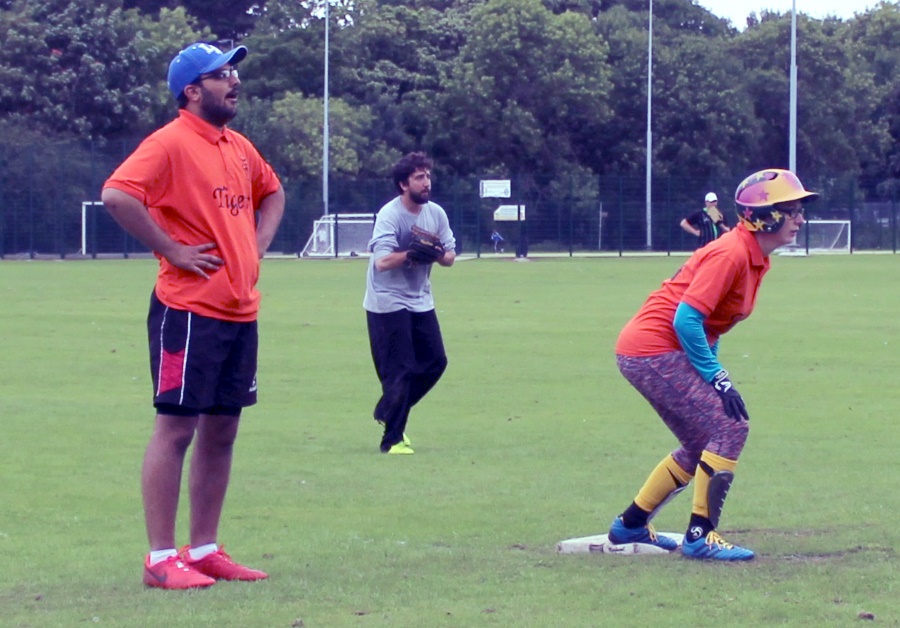 Softball teams use baserunning coaches stationed near the first and third bases to help runners as they move round the bases. The coaches have a much better view of the play than the runner and their presence allows the runner to concentrate on running. Coaches should use dramatic gestures as well as words to tell the runner what to do, it's often easier to see what a coach is doing than it is to hear them. Good base running is a partnership between the runner and the coaches.

The coach will tell them one of ...

There are no hard and fast rules on what the coach (and the runner) should do, it depends on the speed of the runner, the quality of the fielding side, the state of the game and the direction height and speed of the fly ball. One important factor is which base it is that the runner is advancing towards:
Going from first to second the runner will normally be advancing towards an out-fielder catching the ball, going home from third the runner will be moving away from the same fielder, an outfielder would have a short throw to second, a long throw to home. This means that most of the time a runner going from first to second will take a big lead, a runner on third going home will usually stay on base until the ball is touched if the ball is hit into the out field. A runner on second going to third will normally take a long lead on a fly ball to left field, no lead on a ball to right field.

A trip round the bases

Let's follow a runner as they move round the bases to see how running and coaching should work....

When a batter puts the ball in play they have to run to first so no baserunning decision is needed. If the batter is not sure whether the ball is fair or foul they should run anyway ! As the runner approaches first they rely on the first base coach to tell them what to do. This is entirely the coaches decision, the coach watches the play, the runner watches the coach.

There are three possibilities: 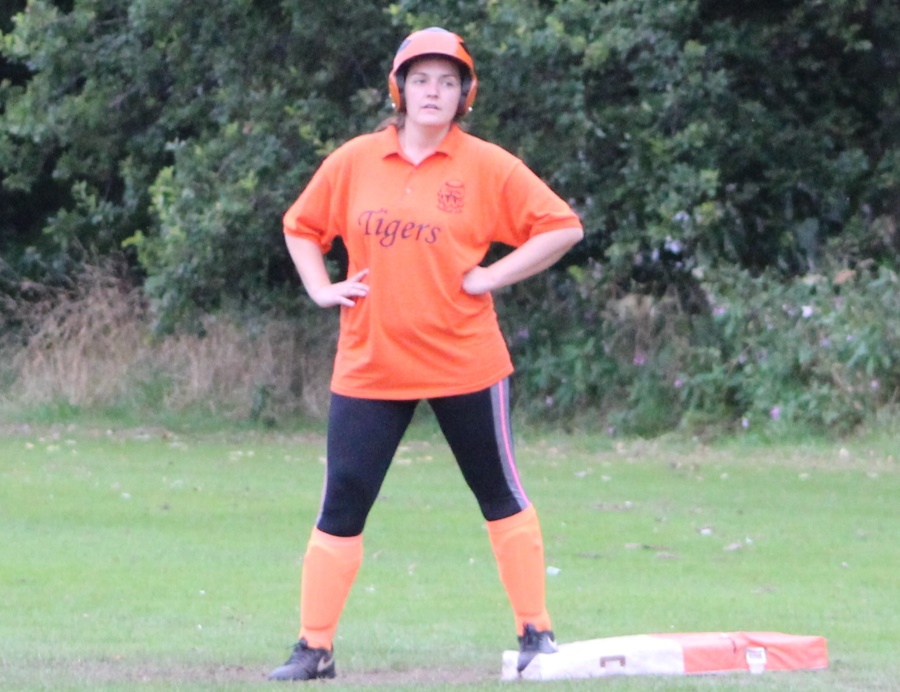 Between first and second

Once the runner has rounded first, or has started from first base they can see almost all of the field of play, whereas they can't easily see either base coach. The runner is still guided by the coaches but to some degree they can make their own mind up how far they think they can run.

Between second and third

As the runner approaches the base they rely on the base coach to tell them what to do. This is entirely the coaches decision, the coach watches the play, the runner watches the coach.
There are three possibilities:

Similar to second in that the runner should not set off straight away when not forced unless it's obvious the ball has cleared the infield. With less than two outs the runner should be looking to score on any fly ball to the outfield. There's plenty of time to wait to see if the ball is caught before setting off.

Between third and home

The runner relies on either the third base coach or the on-deck batter to tell them whether there will be a play at the plate. If there is the runner should slide, if there is no play the runner runs through the base.

Hints on technique, note this a fast pitch video so refers to stealing bases, not a concern in slowpitch.