All games at Parrs Wood

A very inexperienced Tiggers line up fell victim to an improving Swingers team. Shaky fielding in the first 3 innings gave the Swingers a big lead that we never looked like pulling back. We did improve in the 2nd half of the game and ended up outscoring the Swingers in the last 4 innings but it was never going to be enough.

Matt was the male OBP leader, going 5 for 5. Abbey and Erin shared the female lead, each going 3 for 4. Once we started getting people on base we produced some good base running, pushing for the extra base.

In the field Dave pitched efficiently in his first start of the season and Rachael was effective when she came on in relief. Courtney took a couple of nice catches in the outfield, Harry looked good at 3rd after he came into the game and Aiden got a nice tag for the out at home on a base runner who confidently expected to score.

Not one for the purist, both teams were a lot better at bat than in the field and in the end the Enforcers extra experience helped them to a high scoring win (later reversed as they had fielded an illegal line up).

OBP leader was Oli who went 5 for 5 (1000) with some nice hitting to right field. There was a 3 way tie for the female lead with Lynsey, Mikala and Becky all going 4 for 5 (800). Our Home Run Hero was Harry who also hit a triple.

Highlights in the field were rare but Harry showed some nice touches at 3rd base and Lynsey took a nice catch on a pop up at 2nd. Oli battled hard at pitcher, there will be a dry night at some point this season honest! And Dave put in a cameo appearance in the 6th, giving Oli a break during what was a very long game.

The Tiggers put in a much improved performance against the Bandidos, coming oh so close to a first win of the season. We took an early lead and held it until the bottom of the 7th, in the end though they had just that bit too much batting power for us to hang on.

OBP leaders were Abbey and Matt who each went 3 for 4 (750). Home Run heroes were Oli and Matt with 1 four bagger apiece. Good base running was a feature of the game, we made the most of our hits and took the extra base when available.

Matt did another fine job at short stop. Abbey looked very promising at 3rd Mikala made a welcome return at 1st and Conor took a nice catch in the outfield. Oli did a good job pitching and is looking more at home there every week.

The Tiggers were no match for a strong Seagulls side. We looked very rusty at the start and whilst we then did get better in the field our batting never really looked strong enough for us to be competitive.

Matt did a fine job on debut playing at Short stop. Lynsey mad some nice plays on 2nd and everyone worked hard. We did leave the bases loaded twice, so with a couple of extra base hits we could have got a lot closer but in the end we lost to a stronger team. 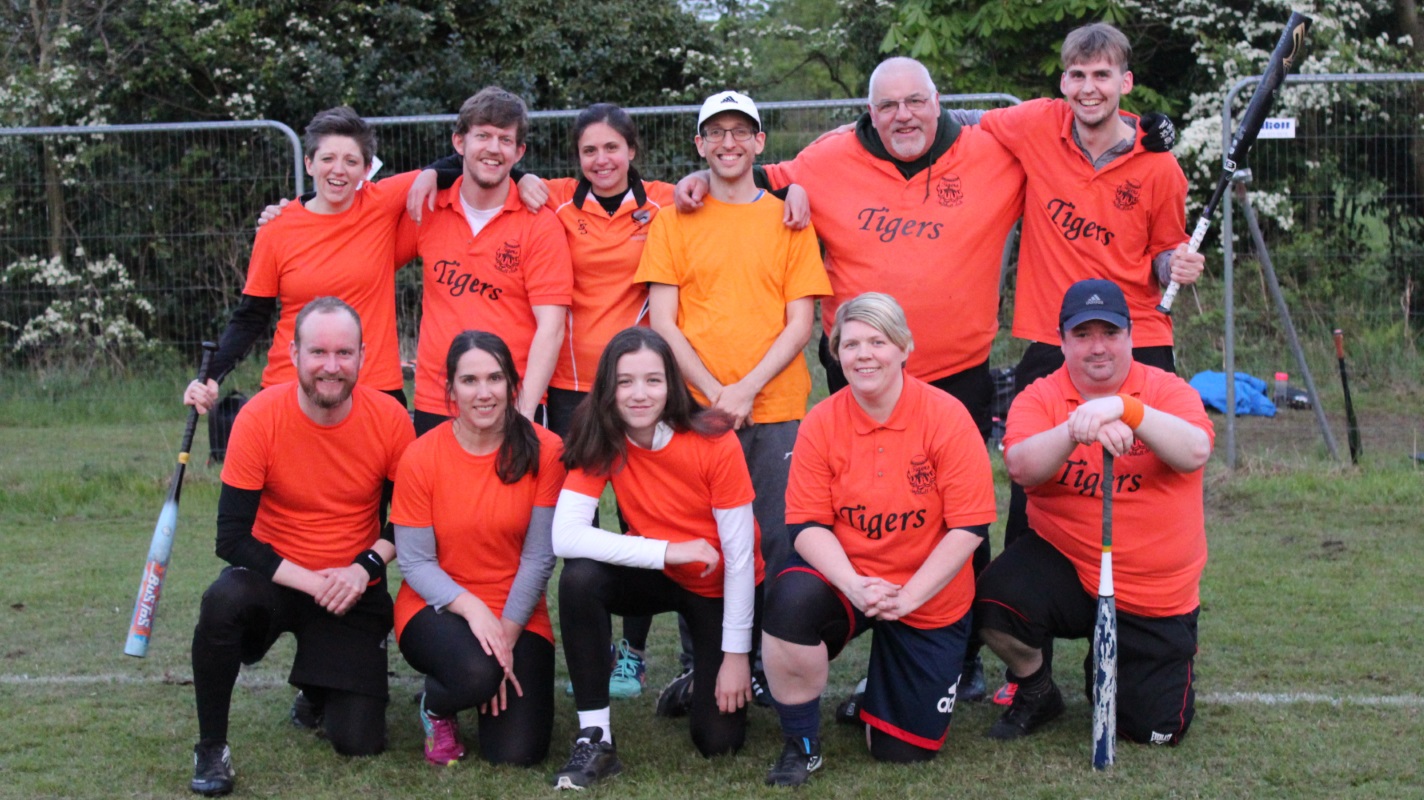